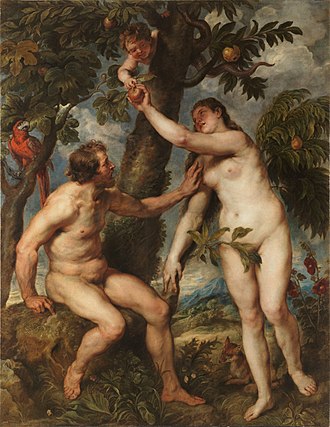 Beware the disguises of sin. Its guise of choice is the brash and loud ugliness, atrocity, wantonness and ruin that makes our skin crawl. While this serves as splashy spectacle, it captures few. Its most effective tactics are never so meretricious. Sin is normally a shy and bashful thing. It operates with consummate legerdemain, more in keeping with its inventor’s angelic skills. The Prince of Darkness dwells where he is barely noticed, better suited to his designs. His primordial depictions as a snake perfectly reflect his stratagems: slithering speedily, without fanfare, attacking before any defense can be mounted. Anything less would be an affront to his preternatural intelligence. Gaudy displays are not his métier, except as distractions from his proven modus operandi. Hannah Arendt famously named this the “banality of evil.”

Sin hides itself in the folds of character. Proof of this is the sinner’s refrain, “that’s just the way I am,” when confronted with the incursions of sin. We sinners are heavily armored against the sorties of grace, prompting Blessed John Henry Newman to call the mandate of contrition “the laying down of arms.” Sin camouflages itself among the idiosyncrasies of personal disposition. It insinuates itself in what the medievals called the four temperaments: sanguine, choleric, melancholic and phlegmatic. Those are indeed the legitimate molds into which each man is fitted, and through which he meets the world and works out his sanctification. Thus St. Paul, “by the grace of God I am what I am” (I Cor. 15:10). Sin cleverly takes what is good and sows within it the seeds of corruption, making it more difficult to distinguish one from the other. Sin remains invisible as it works itself into the manifold struggles of ordinary life, cleverly deflecting attention from the quiet work of vice. With indefatigable tenacity it burrows deeply into the soul, until the sinner thinks the sin is as much a part of him as his own name.

Sin is bashful as it stoops behind a hundred excuses. The Tempter first employed this weapon to great profit in Eden when Adam insisted that his wife was to blame for his infraction, “And the man said, the woman whom thou gavest to be with me, she gave me of the tree, and I did eat” (Gen. 3:13). Adam’s readiness to make excuse for his sin becomes part of the hard inner core of concupiscence as it hurtles through the millennia. From showing itself as a Manicheanism, blaming the rancid physical world for man’s sin, or, its modern variant, accusing the rise in crime on guns. Excuses reign in the kingdom of sin. It peeks from beneath the quick justifications that spill so comfortably from our lips. Our age excels in this subterfuge. The hoi-polloi use it when it protests that ‘love wins’ to license promiscuity or the clerisy invoke it when they speak of life’s ‘ambiguity’ to refashion Christ’s teachings. St. Thomas teaches “the greatest violation of reason is to use reason against reason.” Sin lurks where there is pretense, mediocrity, compromise and sentimentality. Fr. Frederick Faber, contemporary and Oratory fellow traveler of Cardinal Newman, wrote perceptibly of sin’s wiles under cover of self-deceit:

Self-deceit is most aggravating; it is so elastic, who can punish it? To try to do so is like whipping the air. It is such a confounded optimist—who has ever humbled it? It is almost embarrassed by its own success … repeated victories over it seem to give us no habit of victory. No amount of mortification seems to cow it. Then we must note its ability to put on the appearance of good, its ability to assume the disguise of virtue. For this it always wears. It is its normal state, its law of gravitation, something essential to it. Self-deceit is that which makes us do the devil’s work, believing, though not always with an entirely honest faith, that it is God’s. The co-existence of self-deceit with so much good is another of its characteristics. It has a genius for alliances. And it tends especially to ally itself with good. It abides in the neighborhood of good in order to be fostered and kept warm. Thus we have always to regard the amount of our grace as some index to the amount of our self-deceit, and akin to this we must notice its quiet partnership with the sacraments … into which self-deceit intrudes itself. It increases with age.

Sin is like the accumulating layers of a cataract acting over years as it seals off the eye to vision. Its stealth progress proceeds so slyly that a world stripped of its sharpness seems to be the world as it is. This is sin’s greatest triumph: to make itself disappear.

So it is that Advent is a waking from sleep. This is Advent’s leitmotif: shaking man from his metaphysical sleep; his amnesia from being truly human; a forgetfulness of what man should be; a slipping away the stern demands of being made in the image and likeness of God or a hesitancy in mounting the steep heights of sanctifying grace. “Brethren, knowing the time, that it is now the hour for us to rise from sleep” (Rom. 13:11). The Collect of the First Sunday of Advent trumpets, “Stir up Thy power, we beseech Thee, o Lord, and come: that from the threatening dangers of our sins we may be rescued…” A sobering prayer. It teaches us the insidious wiles of sin. So insidious that only God’s power can thwart it. The heroic Jesuit martyr Fr. Alfred Delp digs deeply into the marrow of Advent’s urgency,

Advent is the time for rousing. Humanity is shaken to the very depths, so that we may wake up to the truth of ourselves. The primary condition for a fruitful and rewarding Advent is renunciation, surrender. Humans must let go of all their mistaken dreams, their conceited poses and arrogant gestures, all the pretenses with which they hope to deceive themselves and others. If they fail to do this, stark reality may take hold of them and rouse them forcibly in a way that will entail both anxiety and suffering.

Advents’ premier saint is John the Baptist. Mother Church sets this stark and dramatic figure before us as the model of Christian purity of purpose. There he is in penitential rags, amongst the rocks of the unforgiving Sinai desert, subsisting on locusts and honey and clothed in unsparing humility. The Baptist is our indictment.

Advent is indeed our time to wake from our deepest illusions. The ones that have kept us under lock and key. And the deadliest illusion is that I am quite good just the way I am.