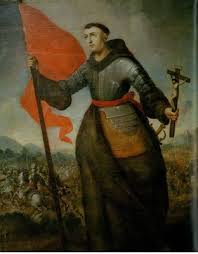 Amidst the dark clouds of crisis that surround Mother Church, it is well to take notice of God’s rays of hope.  Not that we should fail fortitude and pretend that circumstances are not as grave as they are.  Nor should we fail justice and lessen our efforts against those who would harm our Holy Church.  Withal, humility demands we see things as they are.  One of those clear and radiant realities are the good priests about us.  Some not merely good but heroic, and not merely heroic but stunning.  A few of these have their names in lights, but the vast number are anonymous, quietly caring for souls in places whose names we shall never know.  Added to their quotidian fidelity, is often the opprobrium of their fellow priests for not ‘fitting in.’  Those captious priests have chosen the easier path of least resistance or capitulation. Their muzzled voices uphold the compromised status quo, and the pointed words of Chesterton are apropos: “A dead thing can go with the stream, but only a living thing can go against it.”  As though this is not enough, to many of those sterling priests comes the sting of watching those much less worthy than they rise to positions of honor and rank, while they are relegated to the least desirable of stations.

But still this band of noble priests persist, through God’s grace and the company of the steadfast Catholic faithful.  They are young and old, but amazingly today, they are overwhelmingly young.  Like God’s pied pipers, disproportionate numbers of young men follow them. They are flocking to orthodox dioceses and traditional orders like the Fraternity of St. Peter and Institute of Christ the King, the Benedictines of Norcia and Clear Creek.  They are eager to leave behind the cadaver of the ‘spirit of Vatican II’ to the superannuated Old Guard who still embrace that spent ideology like some cult of necrolaters.  Their motto is the St. Augustine’s from his Confessions, “O Ancient Beauty, and Ever New.”  They burn with passion for the Church and her ancient teachings and ancient liturgy.  Prepare your heart to race when you read the August 6th edition of the Catholic News Herald of the Diocese of Charlotte, North Carolina.  It’s remarkable St. Joseph College Seminary, begun only a few years ago, just admitted their Fall Freshmen class of eight men.  They are called the ‘Delta Class’.  These young candidates for the priesthood will join 16 men already in formation.  All of them clad in the Roman Cassock, looking like a Navy Seal battalion.  These elite young men stand at the exceptional leadership of their Rector, Father Matthew Keith, assisted by the adjoining parish pastor, Father Timothy Reid.  All together they constitute one of the most explosively exciting developments of the last two decades.  Their drive is for sanctity, their passion for the doctrine of the Church and their zeal the salvation of souls.  They are the tip of Mother Church’s glistening new silver spear.  These impressive young men call to mind the memorable line of St. Columbanus to his missionary monks of the fifth century, “We are God’s fire!”

But they do not stand alone.  Several hundred miles north in Washington D.C. is the Dominican House of Studies.  It has become a literal assembly line of young men taking the Dominican habit.  This St. Joseph Province boasts some of the brightest minds in the Church’s theological firmament.  This freshly invigorated Province is singlehandedly breathing new life into the study of St. Thomas Aquinas.  They are clearly rivaling the first revival of St. Thomas Aquinas post Aeterni Patris.  They have established footholds in major secular universities and mirror the successes of the first Dominicans of the Thirteenth century.  All of these new priests and seminarians seem to have made the stirring words of Romano Guardini their own:

“In dogma, the fact of absolute truth (is) inflexible and      eternal…we possess something which is inexpressively great.  When the soul becomes aware of it, it is overcome by a sensation of having touched the mystic guarantee of universal sanity; it perceives dogma as the guardian of all existence, actually and really the rock upon which the universe rests.  ‘In the beginning was the Word’ – the Logos.”

While the headiness of these new priests may daze us, we cannot forget the veteran priests who have been dogged in their fidelity.  These have managed to keep their heads above the theological sludge that has drowned their clerical brethren.  They have stood fast to the classical principles of Catholic doctrine and liturgy.  Fad never lured them nor did the fatal appetite for ambition, a flaw that has curdled the soul of many a good priest.  Sound theology for these priests, in most cases, did not come from their seminary training but in spite of it.  Thanks to exceptional parents, a good priest mentor, or the sheer operation of the Holy Spirit, these priests enjoyed a reliable sensus theologicus that steered them past the perilous shoals and eddies of Accompaniment Church, against which they might suffer shipwreck.  They are often sidelined by the some of the Church’s governing elites.  But this leaves them unfazed: Fidelity comes at a steep price. Their days are filled with carrying starved souls to the torrents of grace.  They have no time to fret over the trivial pursuits of clerical apparatchiks who, in the evocative lines of Eliot’s Burnt Norton, spend their days “distracted from distraction by distraction.”

These singular priests can instantly sniff the poisoned air of secularism or of sentimentalized Catholicism a hundred miles away.  They have stared down the maw of modernity and armed themselves against every one of its subterfuges.  Its sound bites don’t fool them.  Its seductive logic does not tempt them.  Every stock epithet in the Modernist quiver has been hurled at them like javelins, and they have dodged all of them. While the clerical bien pensant scold, “You can’t go back”, these good priests reply, “Our future is the past.”  Growling again, “You must change with the times,” their smart riposte, “No, priests must change these times.”  You see, this brave company of priests is bright, gifted and bristling with vibrant fidelity to Holy Church.  They will not be duped by Dupes.

These priests, whether oils still wet upon their palms or long dried, draw from the depths of the Church’s teachings and tradition.  Their dependence is not only upon St. Thomas Aquinas and magisterial dogma, but all the golden threads that are the Church’s past.  Wondrously, these priests have multiplied their own kind, in either inspiring fresh bands of young men or shaping new waves of the Catholic Faithful in a fighting force for God’s Truth and His Holy Church.  They speak supernatural Truths over and over again, each time clothing them with new luster.  Like those Old Testaments priests who blew their horns to bring down Jericho’s walls, so will these heroic priests of Jesus Christ bring down walls as well.  Their horns are eternal truths, and the walls they topple are the ones made NewChurch lies.

When that day comes Catholics will look back at these times of great crisis and weep at the catastrophe.  But they will also see that the Great Crisis was the Holy Spirit’s fiery forge.  And only on that anvil could He have shaped these glorious priests – titans among us.  Sometimes heaven’s ways are hard to understand.  But they are always the sure ways.