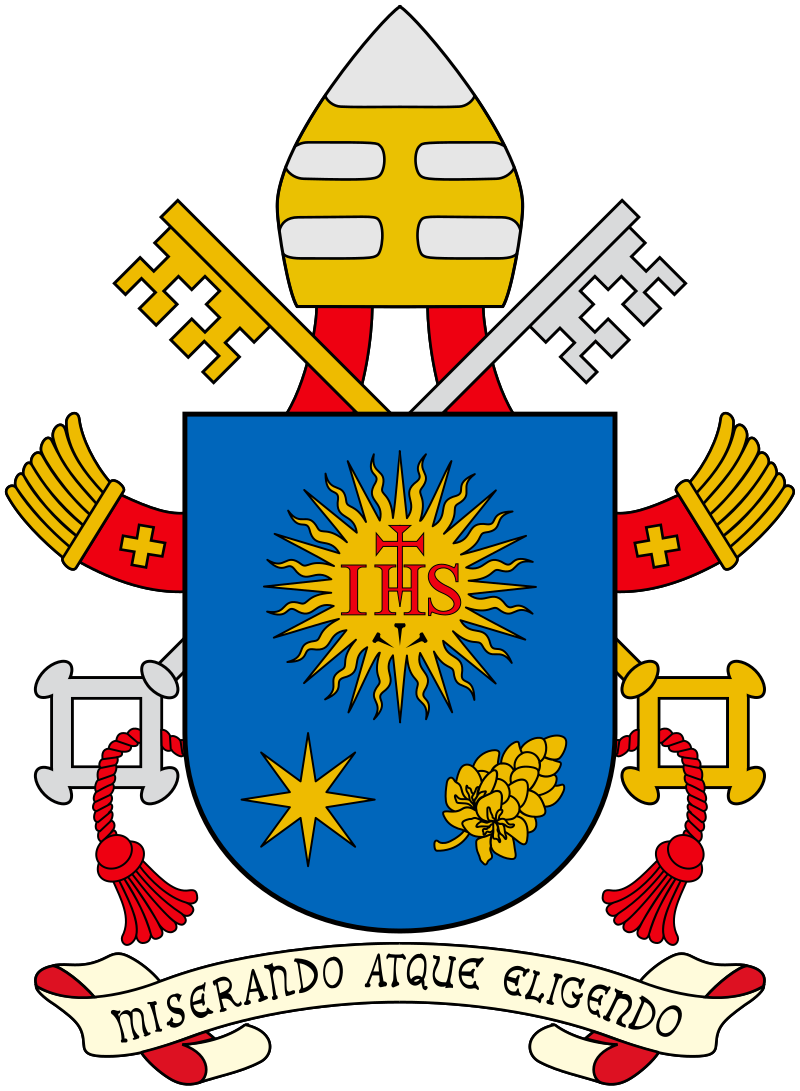 WARNING: Strong content. May be harmful to certain audiences.

No Catholic must ever allow himself to be second to anyone in his loving homage to the Roman Pontiff. Few have expressed this obligation with more force and majesty than Pope St. Pius X. It was on November 18, 1912, and the saint was addressing the priest members of the Apostolic Union upon the Golden Jubilee of their founding. He began by posing to himself the question, “How must the Pope be loved?”, then continued,

“The Pope is the guardian of dogma and morals; he is the depository of the principles which insure the integrity of the family, the grandeur of the nations, the sanctity of souls. He is the councilor of princes and peoples; he is the chief under whose sway none feels tyrannized, because he represents God Himself. He is par excellence, the Father, who unites in Himself all that is loving, tender, and divine…

When we love someone, we seek to conform ourselves in everything to his thoughts, to execute his will, to interpret his desires. And if Our Lord Jesus Christ said: “If anyone loves Me, he will keep My word (Jn 14:23), then to show our love for the Pope we must obey him…

We do not oppose to the Pope’s authority that of other persons – no matter how learned – who differ from the Pope. For whatever reason may be their learning, they are not holy; for where there is holiness there cannot be disagreement with the Pope.”

Pope St. Pius X spares no weight of expression to convey the obligation of every Catholic in discharging his homage to the Vicar of Christ. Our faithful bonding to the Roman Pontiff is the measure of our binding to Christ’s Holy Church, and to Christ Himself. This is built into the DNA of every Catholic, or at least it should be. It was a Catholic philosopher, Dr. Frederick Wilhelmson, who wrote an essay in January 1971, The Pope as Icon. In this piece he presented a deeply rooted and richly rhapsodic commentary on Pope Puis’ own words:

“(In our modern world) the presence of the Pope imposes as he anneals the faithful in their burden of constituting the cosmos in being and returning all things to the Father through the Spirit. The Pope will teach and exhort but he will principally be. Giving eternal blessing, Urbi et Orbi, arms stretched out in white cross that will embrace all creation, the Pope will iconically impose Christ lovingly on the world more simply by being than by what he may say. In Christ and through His Vicar men will then enter a peace and repose that have fled the earth, taste a promised eternity, heal the wounds of contingency, find an exit from pure immanence, and come to know the one high adventure to which they have been called.”

Of course, both the stirring words of Pope St. Pius and the profound depths of Dr. Wilhelmson assume all that Mother Church has defined regarding the Pontifical Office. Whilst the highest obeisance is to be paid to his person, and obedience to his teachings, that specific guidance of the Holy Spirit does not extend to every waking moment or every decision of the Successor of St. Peter. This is where the characteristic complexity and subtlety of the Catholic Faith enters. In matters of strict faith and morals, a Catholic must give unwavering assent. In matters of discipline, a Catholic must cede absolute obedience, but can legitimately pose questions as to expediency and effectiveness. In matters of prudential judgment (such as comments on economy, politics, or administration of justice), only respectful attention is required: disagreement here is neither unseemly nor unfitting.

Even as every Catholic holds all this without the slightest question, still he possesses a mind. And that mind rightfully roams over questions which cannot help but plead consideration. One can be a faithful Catholic and still wonder aloud as to pontifical gestures and actions that strike a discordant chord to the astute Catholic eye.

Without slighting the operations of the Holy Spirit in the election of Pope Francis, we cannot discount our obligations to reason. This compels taking the measure of the man based upon what the man has done. The office of Roman Pontiff is not magical, and while it protects the Faith from any injury, it does not guarantee that the Faith flourishes. We would therefore be obtuse in not forecasting the future of Pope Francis’ pontificate from the lens of his past actions. A few relevant facts (in order of importance):

Perhaps we had become spoiled with Benedict’s philosophical/theological genius, his penetrating diagnosis of secularism and his clarion calls to absolute resistance using our principal weapon – the Holy Mass. While I applaud Francis’ adherence to Mother Church’s moral teachings, perfect fidelity to moral teachings is not the telos of Christ’s Holy Church. Sanctification is. Otherwise, the moralism of the Quakers or Salvation Army would be sufficient for man. We are not called to be “good persons” (ugh!) but saints. Thus the exquisite and transporting beauty of Holy Church’s Divine Liturgy, celebrated in Churches of such staggering loveliness as to leave men without breath. All of this bespeaks how grace clothes our souls, mortality being only its necessary skeleton (cf. “be ye therefore perfect as my Heavenly Father is perfect” Mt. 5:28).

For the first time since the magisterium of Pius X and XII, Benedict taught these truths with fire and supreme clarity. He reminded me of St. Bernard of Clairvaux. Mothers would cover the ears of their sons when this 12th Century mystic saint came to their towns to preach, afraid that his words would so inflame their hearts that they would leave all and follow him. Benedict was our Bernard of Clairvaux. Francis will be absolutely orthodox (the Holy Ghost guarantees that), but he will not be a Benedict. But – how we swooned to Benedict’s teachings and actions. Where Benedict ignited conflagrations, Pope Francis sets off sparks of concern. Little things, such as his persistent reference to himself as the ‘Bishop of Rome’. True, of course. Conspicuous, however, is the absence of the traditional reference to himself as ‘Successor of St. Peter’ – a more ample and sharper attribution. Caviling? Perhaps. But in the Theological Wars of the past half-century, the “Bishop of Rome” title was code for diminution of Papal prerogatives. Again, this may be paranoia. But a theologian of Bergoglio’s stature doesn’t speak or act accidentally. Good reason for a savvy Catholic to become, shall we say, nervous.

Then there is the clear evidence of what we have hitherto seen with our own eyes. Francis’ pontifical Masses. They seem to telegraph a rupture with the liturgical project of Pope Ratzinger. The supreme law of lex orandi, lex credendi which Benedict was so painstakingly re-teaching the Church has stalled. With that, the only hope of the “new evangelization” (a term which makes me shudder, for all its overtones of “sola scriptura”) is postponed. The Holy Ghost will protect the depositum from harm, but Francis can most certainly construct impediments to its propagation. Already, his preaching, while hardly offensive to pious ears, is vapid and pointless. No harm will be produced, but no fervor either.

Then, of course, there is the “humility”. Let us glance at the humility of our fondest saints, St. Francis of Assissi, for instance. Il Poverello lived a life of radical poverty, but when deacon at Mass, was scrupulous to use only the finest vestments produced by human hands. He never spoke of the “poor” as a political class, or as a victim group, or a segment of humanity deserving privileged treatment. Mother Church never countenances a “preferential option for the poor” (a Marxist slogan; as well as the upending project of the Society of Jesus since 1964, which has separated it entirely from the spirit of its founder, to say nothing of erasing its supernatural character. The magnificence of this four-century old glorious Order is now reduced to the ignoble condition of a forgettable secular movement soon to hind itself on the ash heap of history). Christ died on Cavalry not that the poor could become rich, but that poor sinners could enjoy the riches of Redemption. Mother Church does not look at us in terms of economic condition, but as “poor banished children of Adam and Even”. All of us – the same.

Thus, Pope St. Pius X. He loathed the sumptuous trappings of Office. But in true humility, recognized they were not his to reject. True humility compelled never drawing attention to himself. So he assumed all the pomp of Office, not only as signs of supreme authority as Vicar of Christ, but also for the edification of us poor sinners, who seeing that beauty would see reflected the Beauty of the Saviour. And John Mary Vianney, who wore a threadbare cassock for the whole of his priesthood yet would solicit donations from the rich and poor alike so that his church, and all the accoutrements of Holy Mass and the Sacraments, would be the most splendid in all of France. He would often say, “For me, nothing; for the King of Kings, everything!” I am afraid we are entering a Borgia papacy – inside out. Borgia flaunted his decadence with prideful abandon. Bergoglio will flaunt his repudiation of prerogatives of Office with prideful abandon.

Again, none of us should be second to any Catholic in devotion, love, respect, and homage to the Vicar of Christ. But we cannot help but surrender that homage with eyes wide open. And slightly fearful.

1 thought on “A Fearful Homage”